HARMONY HILL MUSEUM
The Rebuilding of Major General William Lytle's Land Office
Southwest Chapter of the ProfM
The recent discovery of the remains of the west wall of Major General William Lytle’s Land Office at Harmony Hill was the catalyst for rebuilding this replica. The historical significance of the Land Office to our region preserves the history of surveying and its significance to shaping our communities.   It operates as a living and teaching museum. 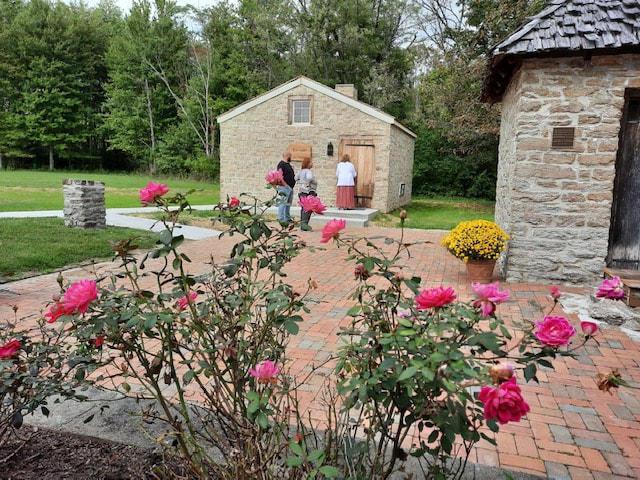 In 1800, Lytle constructed for himself and his family a frame residence, stone dairy house, and stone land office on his property known as “Harmony Hill”.  Through the efforts of the Southwest Chapter of the Professional Land Surveyors of Ohio and the Board of Harmony Hill, the remains of the foundation of the land office were located and uncovered.

Today, Harmony Hill is the home of the Clermont County Historical Society and Harmony Hill Museum.  Only the stone dairy house, which is listed on the National Register of Historic Places, remains as one of the three original buildings. It is the oldest standing structure in Clermont County.

Rebuilding the land office allows visitors to step back in time, where the development of the vast wilderness of the 18th century Ohio took place in a small, but significant spot in southwest Ohio, thanks to the vision of Major General William Lytle.